We are thrilled to welcome to Northshire for this very special kid's event singer, songwriter, and author Zoe Mulford presenting her new book, The President Sang Amazing Grace--a lyrical account of the day President Obama sang with a grieving nation following the 2015 shooting in a black church in Charleston, South Carolina.

When nine people were killed in a historic black church in Charleston, South Carolina, in 2015, the nation grieved as one, and when President Barack Obama sang “Amazing Grace” during his eulogy for Reverend Clementa Pinckney, it was acknowledged as one of the most powerful moments of his presidency. Singer/songwriter Zoe Mulford was so moved that she wrote the song “The President Sang Amazing Grace,” which was then illustrated by filmmaker and painter Jeff Scher for a video that has been viewed countless times. This book presents the lyrics to the song, Scher’s paintings, excerpts from Obama’s eulogy, biographies of those who were killed, historical context, and sheet music.

Zoe Mulford is a singer/songwriter. She is based in Philadelphia and Manchester, UK.  Zoe is rapidly becoming best-known as the writer of "The President Sang Amazing Grace," which was covered by Joan Baez on her 2018 album Whistle Down the Wind and was voted "Song of the Year" by Folk Alliance International. Originally from Pennsylvania, she first started performing her own songs while living in North Carolina in the 1990's. Since then, she has released five albums on the cooperative Azalea City Recordings label. She now lives in the North of England and tours on both sides of the Atlantic. 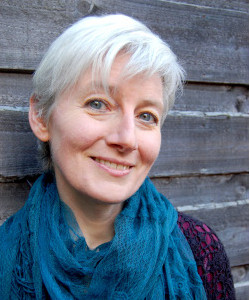