Thriller and mystery book lovers unite! Join us for a pre-Halloween thriller event featuring two authors ready to add fright to your night! And save the date for a second night of mysteries next week on Friday, October 26th.

From the acclaimed author of Clara's Heart and Cloudland comes a rich, literary mystery based and united by two real events that occurred at Middlebury College; the disappearance of a student during winter break; and the vandalism of the Robert Frost Homestead located on one of the outer campuses. Luc Flanders has just finished playing a game of pond hockey with his college roommates when he realizes he has lost something precious and goes back to the ice to find it. He never returns, and the police department in Middlebury, Vermont are divided in their assessment of what may have happened to him. Some feel that Flanders left on his own accord and is deliberately out of touch. Others, including detectives Nick Jenkins and Helen Kennedy, suspect that harm may have come to him. As the search for Luc Flanders widens and intensifies, suspicions about several different people, including his Middlebury College roommates and ex-girlfriend arise. Unfortunately, Sam Solomon an older man with whom Luc has been having a secret relationship, cannot prove his whereabouts during the hours when the younger man may have disappeared and Solomon, too, comes under suspicion. As Luke Flanders disappears, the Robert Frost house near the Middlebury campus is vandalized. And there seems to be a link between the two events that the police are determined to discover. Alternating points of view between Luc Flanders Sam Solomon, Luc's mother and detective Nick Jenkins, Black Diamond Fall races to a disturbing and astonishing conclusion in a lush, literary mystery that could only come from the mind of acclaimed author Joseph Olshan.

Joseph Olshan is the award-winning author of ten novels including Cloudland, Nightswimmer and The Conversion. He is the Publisher of Delphinium Books and spends most of the year in Vermont.

One warm May night at the town reservoir, seventeen-year-old Leda Keogh sees her boyfriend do something awful. She wants to forget it ever happened, but David needs her to be his alibi--and is willing to destroy her family if she refuses. Trapped, Leda must choose between the truth, her boyfriend, and her family.  Jonathan Tanner-Eales feels like an outsider. He's gay, and life in rural Vermont hasn't been as idyllic as he hoped it would be. When Jonathan and his boyfriend, Ricky, are attacked during a night swim, Jonathan manages to escape, but must watch, helpless, as Ricky is beaten. Jonathan, plagued by trauma and fear, wrestles with anger and shame in the aftermath of the crime.  That summer Leda and Jonathan are swept together by chance, and both must reckon with fundamental questions of loyalty and courage. What does it mean to speak the truth when a lie protects the ones you love? Will Leda put the fate of her family and her boyfriend first, or can Jonathan persuade her to tell the truth?

Sarah Ward writes young adult fiction, poetry and journal articles in the field of child welfare. Over a twenty-five-year career as a social worker, Sarah has worked with young adults and families with harrowing backgrounds. She won the 2007 Editor’s Choice Award for the New England Anthology of Poetry for her poem “Warmer Waters,” and she is a member of the League of Vermont Writers since 2008. As a social worker, Sarah has published several journal articles, and was recently a co-author on an article published (December 2016) in Child and Youth Services Review titled, “Building a landscape of resilience after workplace violence in public child welfare.” In her limited spare time, Sarah enjoys a good book, a little yoga and a cup of tea in her home in Williston, Vermont. 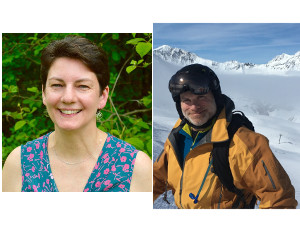