Join us in welcoming back to Northshire former Vermont poet laureate Sydney Lea for his thirteenth poetry collection in which he gives voice to the deep connection between human life and the natural world as well as their fragility and transience. Here, nature is as much a muse as a trigger for sense memory—as a schoolboy on a playground “breathing in autumn mud, / that cherished aroma” or as witness to a redtail hawk’s attack and the aftermath during which “That poor doomed duckling’s wisps of down / Floated in air like snowflakes, /Diaphanous.” Death is a constant presence in these poems, too, arising from the bittersweet awareness of what eventually will be lost. While there is reckoning, there are few regrets in a life well-lived and closely observed. Here is a title, but it’s also a statement, an incantation and affirmation: “Let’s chant it throughout the year,” Lea writes, “like so much birdsong: we’re here we’re here we’re here.”

“Sydney Lea has always been a poet equally eloquent and wide-eyed before reality. This self-aware book of experience, stock-taking, and memory finds him just now, just here, a person still hopeful in the face of it all, a poet at the height of his powers.” —Jane Hirshfield

“Because Sydney Lea is a poet who doesn’t stand outside his subject, his work is committed, above all, to everything that constitutes connection—nature, community, and family. His latest book is a testament to what can be said, what can be felt at the transition between life and death, the marginal line between what he knows and what he will lose. ...It is not so much the recognition of change and loss that Lea appraises, but the consciousness of being itself....this poet embraces the world around him with gratitude and joy.” —Cleopatra Mathis

Sydney Lea, a former Pulitzer finalist, founded and for thirteen years edited New England Review. This is his thirteenth poetry collection and his twentieth book. He will soon publish The Music of What Happens: Lyric and Everyday Life, his collected newspaper columns from his years (2011-15) as Vermont Poet Laureate. His collaborative book of essays with former Delaware laureate Fleda Brown, Growing Old in Poetry: Two Poets, Two Lives, appeared in 2018. He has been active in literacy efforts and conservation, especially in Maine, where the land trust he chaired until 2018 conserved nearly 400,000 acres of working forest. 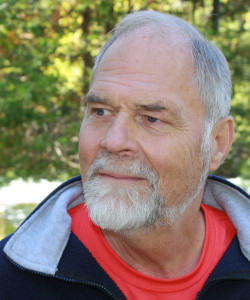