Stacy Mitchell, co-director of ILSR in Conversation With Anne Galloway, founder and editor of VTDigger.org

Northshire Bookstore is proud to partner with Phoenix Bookstore, the Preservation Trust of Vermont and VTDigger.org to bring Stacy Mitchell, co-director of the Institute for Local Self-Reliance to the state of Vermont. Stacy will be speaking in Burlington, VT on Monday, November 13th, and at Northshire Bookstore in Manchester, VT on Tuesday, November 14th. She will be in conversation with Anne Galloway, founder and editor of VTDigger.org. They will discuss the findings of ILSR's in-depth study of Amazon and what the company’s growing dominance means for Vermont’s small businesses, jobs, and communities. As part of the discussion, she'll talk about how policymakers can address Amazon’s market power and impacts, and what citizens can do to support a more diverse, equitable, and locally rooted economy, even when they’re shopping online.

This is a free event but reservations are greatly appreciated. Email Tracy Davies at tdavies@northshire.com. 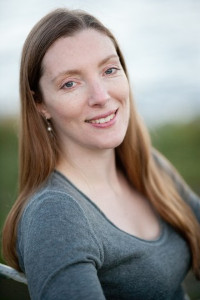 Amazon has quietly positioned itself at the center of a growing share of our daily transactions. Today, two-thirds of all U.S. households are subscribed to the membership program Amazon Prime, more than half of all online shopping searches start directly on Amazon, and Amazon captures nearly one in every two dollars that Americans spend online. Amazon now sells more books, toys, clothing, and electronics than any retailer online or off, and it’s making big investments in its grocery business.

Yet for all of its reach, Amazon remains remarkably invisible. That’s especially true here in Vermont, where Amazon has no facilities, but nonetheless is exerting an increasingly powerful pull on the state's economy.

Since publishing the report, Amazon’s Stranglehold: How the Company's Tightening Grip on the Economy Is Stifling Competition, Eroding Jobs, and Threatening Communities, in late 2016, Mitchell has become a go-to source for journalists writing about Amazon. Her perspective and research on Amazon have been featured in the New York Times, Wall Street Journal, USA Today, The Atlantic, and Fast Company, among others, and she’s been interviewed on NPR, CNBC, and other broadcast outlets.

Stacy Mitchell is co-director of the Institute for Local Self-Reliance, which produces research and analysis, and partners with a range of allies to design and implement policies that curb economic consolidation and strengthen community-rooted enterprise. She is the author of Big-Box Swindle and has produced several influential reports, including Monopoly Power and the Decline of Small Business.  Stacy has served as an advisor to many community groups and policymakers. She lives in Portland, Maine.

Big-Box Swindle: The True Cost of Mega-Retailers and the Fight for America's Independent Businesses (Paperback)