Off THE SHELF: Jeanine Cummins

Come join us for the most anticipated novel of 2020! In an Off the Shelf conversation with WAMC/Northeast Public Radio's Joe Donahue, Jeanine Cummins will present American Dirt, a rare exploration into the inner hearts of people willing to sacrifice everything for a glimmer of hope and a novel that has been called “The Grapes of Wrath for our time.”

Space is Limited. Tickets count for $5.00 off the price of a copy of American Dirt. Click Here to Purchase Tickets!

También de este lado hay sueños. On this side too, there are dreams.

Lydia Quixano Pérez lives in the Mexican city of Acapulco. She runs a bookstore. She has a son, Luca, the love of her life, and a wonderful husband who is a journalist. And while there are cracks beginning to show in Acapulco because of the drug cartels, her life is, by and large, fairly comfortable.

Even though she knows they’ll never sell, Lydia stocks some of her all-time favorite books in her store. And then one day a man enters the shop to browse and comes up to the register with a few books he would like to buy—two of them her favorites. Javier is erudite. He is charming. And, unbeknownst to Lydia, he is the jefe of the newest drug cartel that has gruesomely taken over the city. When Lydia’s husband’s tell-all profile of Javier is published, none of their lives will ever be the same.

Forced to flee, Lydia and eight-year-old Luca soon find themselves miles and worlds away from their comfortable middle-class existence. Instantly transformed into migrants, Lydia and Luca ride la bestia—trains that make their way north toward the United States, which is the only place Javier’s reach doesn’t extend. As they join the countless people trying to reach el norte, Lydia soon sees that everyone is running from something. But what exactly are they running to?

American Dirt will leave readers utterly changed. It is a literary achievement filled with poignancy, drama, and humanity on every page. It is one of the most important books for our times.

Already being hailed as "a Grapes of Wrath for our times" and "a new American classic," Jeanine Cummins's American Dirt is a rare exploration into the inner hearts of people willing to sacrifice everything for a glimmer of hope.

“This book is not simply the great American novel; it’s the great novel of las Americas. It’s the great world novel! This is the international story of our times. Masterful.” —Sandra Cisneros

"Lydia's husband is a journalist dedicated to eradicating the scourge of drugs in Mexico. When he and fifteen other family members are massacred, Lydia is forced to flee her comfortable life in Acapulco with her eight-year-old son. Their only hope is to begin a grueling trek toward the relative safety of the United States. It is, as she is told, "a path for people with no choice." The author is so skilled at drawing us into the narrative, we instinctively sense the impending danger posed by every stranger, swelter in the unrelenting assault of the desert sun, and fight succumbing to despair when one more step seems beyond the realm of human endurance . This is an unforgettable journey, as topical as today's headlines." — Reviewed by Alden Graves, Northshire Bookstore

"Imagine you are hosting a birthday party for your fifteen-year old niece in your home in your pleasant middle class neighborhood. Your whole family is there in the backyard. It’s a cookout. Gunmen walk into the yard and shoot everybody. They murder your whole family—your spouse, your mother, cousins. Sixteen in all. But by blind luck you survive because you are hidden in the house at the time of the ambush. You and your eight-year old son. If you linger one hour more in your house, in your hometown, you know with complete certainty you and your son will be murdered. Never mind the police. Your only chance to survive is to flee two thousand miles to the neighboring country to the north. This is the fiction that is the truth that Jeanine Cummins has created in her explosive novel. For the love of humanity, read it." — Reviewed by Stan Hynds, Northshire Bookstore

“If it's only a better life you seek, seek it elsewhere...This path is only for people who have no choice, no other option, only violence and misery behind you..”. It is hard to exactly put into words the profound impact that this poignant, epic telling of a migrant’s arduous journey had on me. It is a beautifully written and timely book that puts a human face on those seeking asylum. Heart-wrenching and filled with humanity. You will never look at this issue the same again, I know I won’t. EVERYONE should read this book!" — Reviewed by Tambra Johnson Reap, Northshire Bookstore 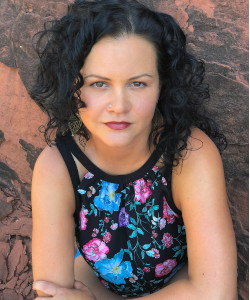