We are delighted to welcome you back to this in person event at our Manchester, VT store!

Author, pitcher, coach, Emmy Award-winning broadcaster, and 2022 inductee to the National Baseball Hall of Fame Jim Kaat will join us to celebrate his new book - an unforgettable look at a lifetime of baseball packed with humor and passion for the game.

With a career that has now touched eight decades, Jim Kaat has had a prime front row seat for baseball's continuing evolution.

Not only was he a major-league pitcher for 25 seasons, but his time as a pitching coach and his many years as a broadcaster have given him a singular long view of the game.

In Good as Gold, Kaat weaves the tale of a lifetime, taking fans on the field, into the clubhouse, and behind the mic as only he can.

Full of priceless stories from New York, Minnesota, and across the major leagues, this honest and engaging autobiography gives fans a rare seat alongside Kaat on a tour of baseball history.

Jim Kaat pitched 25 seasons in the major leagues and later served as a coach and broadcaster. He has been awarded seven Emmys for his work broadcasting the Yankees from 1995 to 2006 and has been nominated for three national Emmys since joining the MLB Network in 2009. Jim and his wife, Margie, spend their summers in Manchester Center, Vermont, and their winters in Stuart, Florida.

If you have questions about this or any other Northshire event, please e-mail us at events@northshire.com. 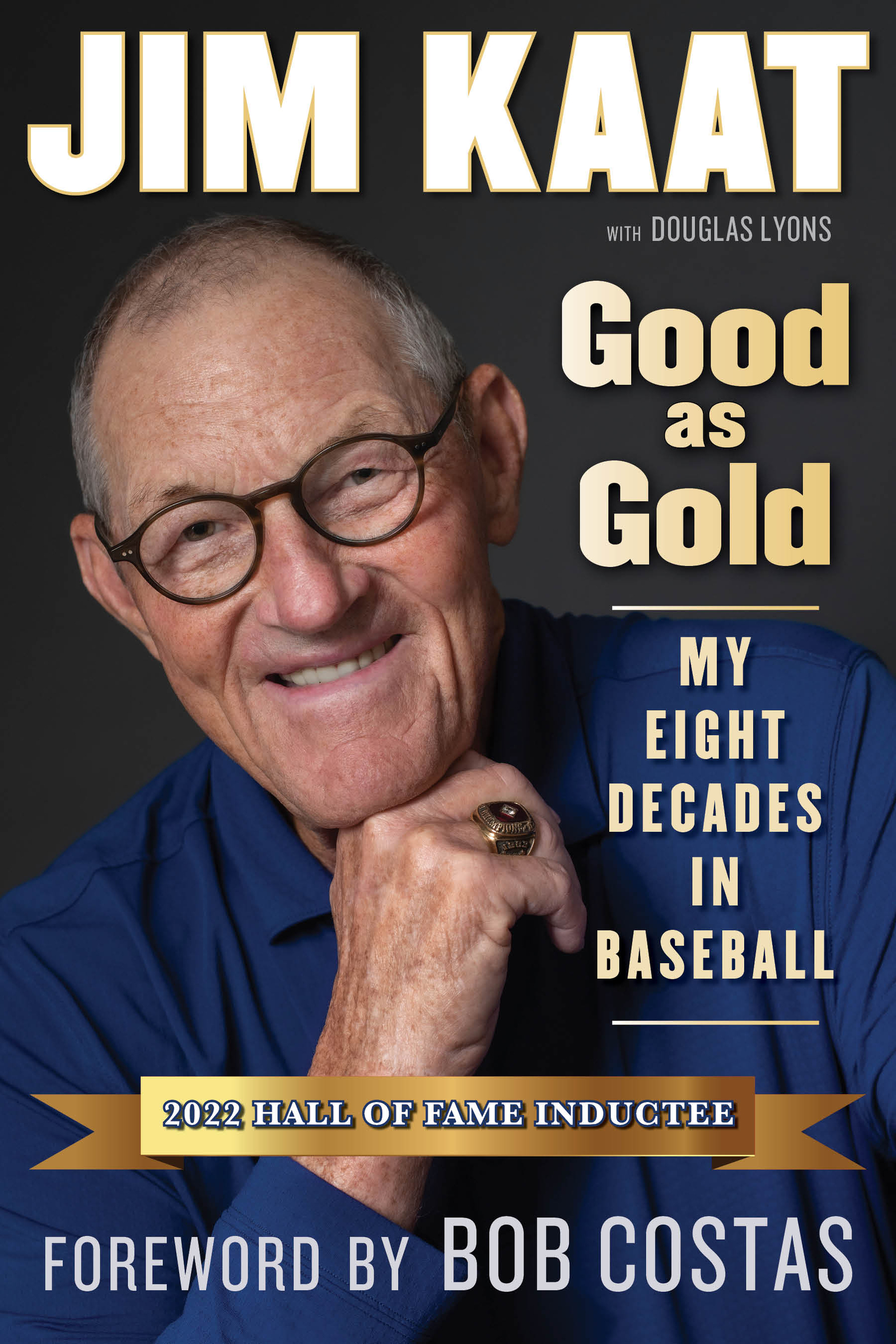