Join us for a great midchild double header.  These two authors are graduates of VCFA and both of their novels are set in Vermont!

In Nicole Valentine's A Time Traveler's Theory of Relativity, twelve-year-old Finn is used to people in his family disappearing. His twin sister, Faith, drowned when they were three years old. A few months ago, his mom abandoned him and his dad with no explanation. Finn clings to the concrete facts in his physics books--and to his best friend, Gabi--to ward off his sadness. But then his grandmother tells him a secret: the women in their family are Travelers, able to move back and forth in time. Finn's mom is trapped somewhere in the timeline, and she's left Finn a portal to find her. But to succeed, he'll have to put his trust in something bigger than logic.

And in Daphne Kalmar's A Stitch in Time, one of NPR's Best Books of 2018, Donut is an eleven-year old geography buff who keeps her taxidermied mice hidden in her late mother’s hope chest. Her pops passed away, leaving her an orphan. Aunt Agnes has moved in, bringing along her lumpy oatmeal, knitting, and a plan to drag Donut off to Boston forever. Donut stands to lose everything: her friends, her village, her home, the woods, and walks where the memories of her pops are stored up. While Donut dodges the ache of missing her pops, she and her best friend Tiny plan how to keep her where she belongs. A Stitch in Time by Daphne Kalmar is shot through with gorgeous, evocative language, and gets right to Donut’s heart. 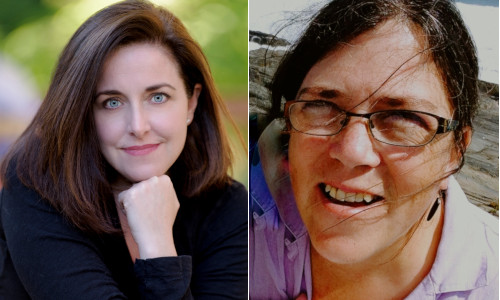 A Stitch in Time (Hardcover)