We apologize for the inconvenience, but Naomi Wolf's publisher has cancelled her book tour and delayed the publication of her book.

Until 1857, the State did not link the idea of “homosexuality” to deviancy. In the same year, the concept of the “obscene” was coined. New York Times best-selling author Naomi Wolf’s Outrages is the story, brilliantly told, of why this two-pronged State repression took hold—first in England and spreading quickly to America—and why it was attached so dramatically, for the first time, to homosexual men.

Before 1857 it wasn’t “homosexuality” that was a crime, but simply the act of sodomy. But in a single stroke, not only was love between men illegal, but anything referring to this love became obscene, unprintable, unspeakable. Wolf paints the dramatic ways this played out among a bohemian group of sexual dissidents, including Walt Whitman in America and the closeted homosexual English critic John Addington Symonds—in love with Whitman’s homoerotic voice in Leaves of Grass—as, decades before the infamous 1895 trial of Oscar Wilde, dire prison terms became the State’s penalty for homosexuality.

Most powerfully, Wolf recounts how a dying Symonds helped write the book on “sexual inversion” that created our modern understanding of homosexuality. And she convinces that his secret memoir, mined here fully for the first time, stands as the first gay rights manifesto in the west.

NAOMI WOLF is the author most recently of Vagina: A New Biography; Give Me Liberty: A Handbook for American Revolutionaries; and The End of America: A Letter of Warning to a Young Patriot, all New York Times bestsellers. Wolf is also the author of the landmark international bestseller The Beauty Myth, which challenged the cosmetics industry and the marketing of unrealistic standards of beauty, launching a new wave of feminism in the early 1990s. The New York Times called it one of the most important books of the 20th century. A graduate of Yale and a former Rhodes Scholar, Wolf writes for publications that include the New Republic, the Wall Street Journal, Glamour, the Guardian, the Washington Post,  the New York Times, and Huffington Post.

“A remarkable and moving work of creative scholarship”—Larry Kramer, author of Faggots and The Normal Heart

“With precision and sensitivity, Naomi Wolf traces how the state came to police the private sphere; she brings into the light the lives of those whose resistance to this brutality was a beacon for the future.  Outrages is a remarkable, revelatory book.”—Erica Wagner, author of Chief Engineer:  The Man Who Built the Brooklyn Bridge

“In Outrages, Naomi Wolf reveals a largely forgotten history of how science, law, and culture have intersected to suppress and silence sexual expression. As expanding acceptance threatens to erase a history of LGBTQ marginalization and struggle—and as we descend into authoritarian rule across so many countries—this is an important, powerful tale.”—Shahid Buttar, marriage equality activist and attorney

“Outrages is a fascinating history book with a cast of characters and an epic sweep that make it read like a novel Charles Dickens could have written, if he had ever written one about queers.” —New York Journal of Books

"[This] remarkable book is a tour de force of research and insight into Symonds’ life and work and the related evolution of public and state attitudes toward homosexuality. [Wolf's] is an essential contribution not only to queer history but also to studies of nineteenth-century culture. It is not to be missed."—Booklist, STARRED review

"Wolf provides engrossing accounts of Whitman and Symonds, yet her story is even more compelling in its wider portrait of the societies and institutions in America as well as England that served to shape the fears and prejudices that have lingered into our modern age. An absorbing and thoughtfully researched must-read for anyone interested in the history of censorship and issues relating to gay male sexuality."—Kirkus

"This ambitious literary, biographical, and historical treatise from Wolf (The Beauty Myth) examines both 19th-century Britain’s persecution of gay men and the work and life of the relatively obscure gay writer John Addington Symonds (1840–1893)...a fascinating look at this period and these writers."—Publishers Weekly 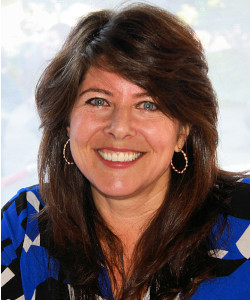