Megan Price, author of the wildly popular and bestselling book series Vermont Wild, Adventures of Fish & Game Wardens and a MOTH Slam Winner, comes to Northshire to present her sixth Vermont Wild book--in two special sessions, an all ages event at 2:00 and a more adult-oriented event at 6:00pm.  She will share secrets from the stories-behind-the-stories of Game Warden Adventures from Vermont to Maine ranging from the hilarious to the harrowing.

Vermont Wild 6: ATV Antics, Brazen in Brandon, Cowboy Up, No Go Doe & many more... is the sixth installment of the Vermont Wild series which has been a hit with readers aged 9 through 99, since the series launch nearly a decade ago. Price’s new book is chock full of new and exciting stories of Vermont’s fish and game wardens. There’s a wild night chase into downtown Brandon involving the late Dave Rowden as told by retired warden Don Isabelle of Pittsford, a tracking story from the late Denny Gaiotti of Whiting in which a deer poacher makes an expensive decision in an attempt to cover up his crime. There’s a spooky find in an abandoned house deep in the woods and a tale of a warden and moose poacher struggling for a hidden weapon. From funny to harrowing, these new stories will, as always, have readers on the edge of their seats. The wardens’ zany encounters with black bears, moose, reluctant hunting dogs and endless wily poachers are read as bedtime stories, taught in schools from Maine to Texas, taken to hunting camp and even read aloud in nursing homes.

Moreover, from author to illustrators, editors to proofreaders, printer to bookstores, the “Vermont Wild” series is entirely produced, printed and sold in the Green Mountains.

“People find the series and can’t get enough of these stories,” Price said. “I am constantly asked, ‘When is the next book coming out?’ The public’s hunger for these kinds of stories is a tribute to these men. ‘Vermont Wild’ is read all over the world now. I think these men represent the best of Vermont — bravery, tenacity and ingenuity topped with a dash of Yankee wit.”

Price has been called a “folklore artist” for her ability to bring the woodsmen’s stories to life on the page for all ages to enjoy, while imparting subtle messages of conservation and habitat protection.

Megan Price is one of Vermont's best-selling authors. A Vermont native, she worked as an award-winning journalist, was elected to serve three terms in the Vermont Legislature, then went on to work in marketing and advertising to help grow small companies. Her humorous, sometimes harrowing game warden series evolved from her love of the outdoors, action and adventure. Megan is self-published, and the illustrators, editors and even her printer are all Vermonters. Megan knows a good story when she hears one, and most recently she has begun to tell her own outrageously funny adventures at venues around the state 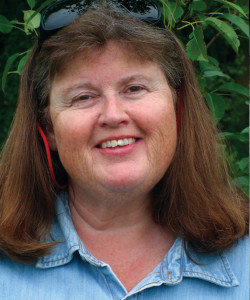