A ferociously talented writer makes his stunning debut with this richly woven tapestry, set in a small Nova Scotia town settled by former slaves, that depicts several generations of one family bound together and torn apart by blood, faith, time, and fate.

Jeffrey Colvin’s assured and captivating novel, Africaville, weaves a rich narrative tapestry from the colorful threads of multiple generations in one family. The title is inspired by Africaville, a real settlement in Halifax, Nova Scotia, whose black population—largely the descendants of
slaves from the American South and the Caribbean--carved out a community against the harsh maritime landscape and against bigotry and racism. In telling this story, Colvin hopes to highlight the many “lost” free black communities throughout North America that have faded from history books and memory.

Though the novel took nearly twenty years to research and write, the main idea has been germinating much longer. Colvin grew up in Alabama when many rural black communities were being abandoned as residents moved to the cities. Later, when he moved around the country during his military service, he saw the ghosts of former communities everywhere---in abandoned rural areas and in gentrifying city neighborhoods. While working on a series of stories set in a fictional community in rural Alabama he learned about the community in Canada. “I realized these stories could be part of a larger story of struggle and hope,” he says.

In Africaville, Colvin takes kernels of fact and constructs an unforgettable fictional place filled with uncompromising characters who face universal truths. The novel opens with the community under siege from a virulent fever that is killing infants. Kath Ella Sebolt, who barely survives the fever, grows to a smart high school girl convinced that her ticket out of the struggling community rests in obtaining one of the few college scholarships designated for blacks in 1930s Canada. But despite her academic prowess, she is often swayed by adolescent distractions, particularly the spirited antics of her friend, Kiendra. An ill-conceived prank threatens to derail her plans, but Kath Ella salvages her future, although with her reputation in the town tainted. Returning home from college one summer, she succumbs to the charms of Omar, a boy from Mississippi sent to live with relatives after his parents are unjustly imprisoned.

Always living on her own terms, Kath bears a baby, Omar, out of wedlock, who is later adopted by her white husband and rechristened Etienne. Angry and rebellious, Etienne travels to the U.S. and arrives in Alabama during the civil rights movement. Despite learning of the violence and injustice his family once endured and discovering the story of his aging grandmother, Zera, whose fight to make life better for her people led to her incarceration, Etienne hides the fact that he has a black mother and passes as a white man. His son, Warner’s later attempts to forge a relationship with Zera brings the story of family and redemption full circle.

Like such modern classics as The Known World and The Twelve Tribes of Hattie, Africaville is epic in scale, yet intimate in the telling--rich with complex though imperfect characters, a universe tale of one family’s defiant struggle of survival and advancement. With lyrical prose and robust storytelling, this arresting novel introduces an exciting and daring new literary voice.

Jeffrey Colvin served in the Marine Corps and worked as congressional aide and nonprofit manager before embarking on a writing career. His reviews, essays and short fiction reflecting his interest in history have been published in literary magazines and other venues. He graduated from the US Naval Academy, Harvard University and Columbia University from which he received an MFA in fiction. He is a member of the National Book Critics Circle and an assistant editor at Narrative magazine.

"Africaville turns history into an engaging family story, one that begins in Nova Scotia and then travels across North America. It's a gripping and moving book. Jeffrey Colvin writes with such affection and authority. I thought of the fine work of Esi Edugyan and Edward P. Jones and E.L. Doctorow, too. He deserves to be counted in their number and this is an excellent debut."
— Victor LaValle, author of The Changeling 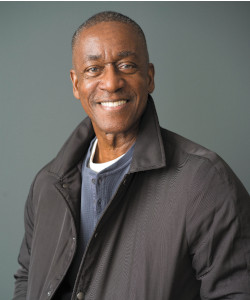