We are thrilled to welcome back to Northshire James Geary, presenting his new book Wit's End:  What Wit Is, How It Works, and Why We Need It.  James will be presenting a talk based on his book entitled "Five Ways to Be Witty" which will be lively, fun and involve lots of audience interaction. He will explore key aspects of wit through film clips, folktales, literary anecdotes, jokes, and juggling—of ideas, words and balls. Join James and us for an evening of word games with the audience, short creativity tests, and a pun competition--the winner of which will receive a free copy of his new book Wit's End!

Wit is often thought of as simply being funny. But wit is more than just having a knack for snappy comebacks. There is the serendipitous wit of scientists, the crafty wit of inventors, the optical wit of artists, the improvisational wit of musicians, and the metaphysical wit of philosophers. Wit is the quick, instinctive intelligence that allows us to think, say or do the right thing at the right time in the right place. James Geary explores every facet of wittiness, bringing the subject to life by writing each chapter in a style that exemplifies a different kind of wit. The chapter on witty verbal repartee is written as a dramatic dialogue; the chapter on the neuroscience of wit is written as a scientific paper; the chapter on the spirituality of wit is written as a sermon. There are also sections written in jive, rap and the heroic couplets of Alexander Pope. Wit’s End shows how wit is a state of mind as well as a sense of humor and why wit and wisdom are really the same thing.

"Wit’s End is delicious. James Geary has managed to produce a witty book about wit that steers an elegant path between waggishness and wisdom."
– Stephen Fry, comedian, actor, and writer

"I have been reading Wit's End in juxtaposition to rereading and again writing about James Joyce's Ulysses. Geary prompts me to think that Joyce's title could have been No End to Wit. Goethe wrote an essay called No End to Shakespeare. There seems to be no end to James Geary's versatility."
– Harold Bloom 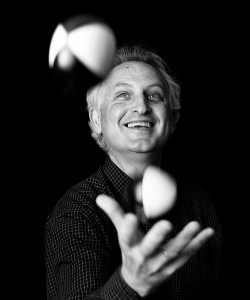 Wit's End: What Wit Is, How It Works, and Why We Need It (Hardcover)