An Evening with Two YA Novelists

Join us for an evening with two young adult novelists--Cranse presenting her provocative and compelling novel  that explores questions of identity, sexuality, and spirituality, and award winning Miller’s with latest, a gritty, crucial genre-bending book about the life-changing power of friendship.

Solomon and Ash both experienced a traumatic event when they were twelve. Ash lost all memory of that event when she fell from Solomon’s treehouse. Since then, Solomon has retreated further and further into a world he seems to have created in his own mind. One that insulates him from reality, but crawls with foes and monsters . . . in both animal and human form. As Solomon slips further into the place he calls Darkside, Ash realizes her only chance to free her best friend from his pain is to recall exactly what happened that day in his backyard and face the truth—together. Fearless and profound, Sam J. Miller’s follow up to his award-winning debut novel, The Art of Starving, spins an intimate and impactful tale that will linger with readers.

Sam J. Miller lives in New York City now, but grew up in a small town in upstate New York. He is the last in a long line of butchers. In no particular order, he has also been a film critic, a grocery bagger, a secretary, a painter’s assistant and model, and the guitarist in a punk rock band. He is the winner of the 2018 Andre Norton Award for his YA debut novel, The Art of Starving. His fiction has been nominated for the Nebula Award and the Theodore Sturgeon Award, was long-listed for the Hugo Award, and has won the Shirley Jackson Award. He’s a graduate of the Clarion Writers Workshop and the author of the adult fiction novel Blackfish City. His husband is a nurse practitioner and is way smarter and handsomer than Sam. Visit Sam online at www.samjmiller.com.

Pratima Cranse's All the Major Constellations:

When you're about to face the world, who do you turn to?

Andrew is leaving high school behind and looking ahead to a fresh start at college and distance from his not-so-secret infatuation: Laura Lettel. But when a terrible accident leaves him without the companionship of his two best friends, Andrew is cast adrift and alone—until Laura unexpectedly offers him comfort, friendship, and the support of a youth group of true believers, fundamentalist Christians with problems and secrets of their own. Andrew is curiously drawn to their consuming beliefs, but why? Is it only to get closer to Laura? And is Laura genuinely interested in Andrew, or is she just trying to convert him? This provocative and compelling debut novel will resonate deeply with readers as it explores questions of identity, sexuality, and spirituality.

Pratima Cranse was born and raised in Vermont. She now lives in New Hampshire with her husband, daughter, and their two magnificent cats. When she’s not writing, Pratima enjoys jogging very slowly (some might call it shuffling), and spending time with her family. You can learn more at pratimacranse.com and follow her on Twitter @PratimaCranse. 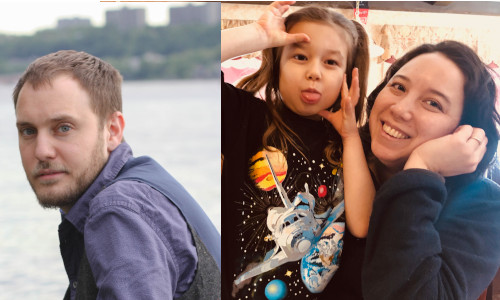 All the Major Constellations (Hardcover)