Join us in welcoming to Northshire Vermont author Elayne Clift when she presents her new book, Around the World in Fifty Years.  The travel memoir told in both prose and poetry shares personal stories, vignettes, photographs, and postscripts that range from poignant to hilarious from the 100 countries she has visited.

"All my life I have disagreed with Henry David Thoreau: Unlike him, I definitely think it is "worthwhile to go around the world to count the cats in Zanzibar." Thus begins writer Elayne Clift's 13th book, Around the World in Fifty Years: Travel Tales of a Not So Innocent Abroad, a collection of selected stories about her global travels, told in prose and poetry. Clift has visited almost 100 countries on every continent for work and pleasure. Her travel memoir shares personal stories, vignettes, photographs, and postscripts that range from poignant to hilarious. There are scenes from Indian railway stations to rural Romanian villages. Along the way readers meet the people who made her travel special, ranging from a professor in Jordan to a desert driver in Dubai to an elderly artist in France. One reviewer has called the book "a treasure of armchair travel."

Award-winning writer and journalist, Elayne Clift has published two memoirs, a novel, two books of poetry, three short story collections, three essay collections and three edited anthologies. A Vermont Humanities Council Scholar, she is a trainer and speaker on numerous topics relevant to her areas of expertise.  Her work has appeared in The Washington Post, The Boston Globe, The Christian Science Monitor, The Chronicle of Higher Education, Vermont Magazine and various other magazines, periodicals and anthologies. She serves as Sr. Correspondent for the international syndicate Women’s Feature Service and is a frequent contributor to Women’s Media Center. She is a regular columnist for the Keene Sentinel and the Brattleboro Commons, and a reviewer for The New York Journal of Books. 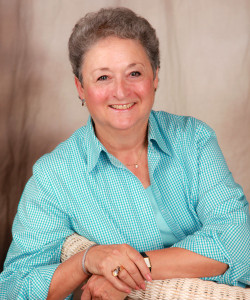 Around the World in Fifty Years: Travel Tales from a Not So Innocent Abroad (Paperback)