To celebrate the publication of her new volume of poetry, Deborah will be joined at Northshire by Matt Esenwein.  Threaded with echoes of familial trauma—a sister’s battle with cancer, a brother’s struggles with depression—the lyric poems in The Human Half reveal an open-hearted speaker who finds solace in the beauties of celestial navigation, the flowers along the railroad tracks, and the brushwork of Vermeer and Van Gogh. Filled with quirks of perception, Deborah Brown holds space for wonder amidst of life’s seasons of longing.

“Deborah Brown brings to her poems an attentiveness so fine, and so intense, that it concentrates into passion. With her probing curiosity, her seemingly galactic range of tone and subject, and her masterful ear, this poet asks the most fundamental questions: ‘How to do celestial navigation for myself, / for whoever is left?’ Deborah Brown’s The Human Half makes an original and profound contribution to contemporary poetry.” —Peter Campion

“Everywhere between the Cambrian and earthly world to the stars and our lost moon, Deborah Brown sees a world as various and rich as her language, and in many ways because of it. Fernando Pessoa wrote that words ‘are tangible bodies, visible sirens, incarnate sensualities,’ which is to say they lead us, as Deborah’s superb book does, into worlds beyond them. It is sight that guides her, as observation, dream or memory, through a startling style that ranges from a kind of realistic surrealism to realism. It is perhaps the dramatic tension involved in trying to see so much that lends her its power: as she writes in one poem: ‘At twilight, even birds lose part of their vision.’ No matter. Here is a world of objects as you have never seen them before, and the way she sees them reveals a way of living in the world that can only enrich our lives. More than a book, this is a world you need to enter.” —Richard Jackson

“There is a kind of scientific curiosity in these poems, a keenness of intellect and passion for knowing, but through feeling rather than reason (‘With fingers warm and thirsty, I steal: / a pomegranate, a silverfish and once, / strawberries in a thatched box.’)  Accomplished and thrilling, engaged and engaging, these poems sway toward and away from ‘the human half’ in fascinating and surprising ways—the other half being the world and its astonishments.” —Joan Houlihan 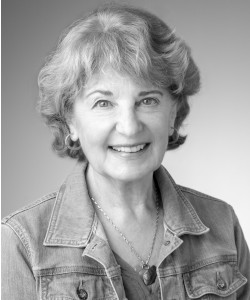