David Huddle’s twenty-first book, Hazel is a portrait of a woman both ordinary and exceptional, composed in glimpses of her life from child to elder. Hazel is a loner and somewhat of a pill. Although she’s not likeable in the regular ways, she’s rigorously honest in the way she examines her world, and in relationships with a few other people. Hazel’s nephew John Robert is captivated by the mystery of such a uniquely serious person. He assembles episodes from Hazel’s life, and the novel reveals a lifelong struggle by someone whose integrity is absolute. Huddle proves the complete life of almost anyone would be profoundly complex if seen whole.

David Huddle is the author of more than twenty previous books, including fiction, essays, and poetry. His novel Nothing Can Make Me Do This (Tupelo, 2011) won the Library of Virginia Award for Fiction, and his Black Snake at the Family Reunion won the PEN New England Award for Poetry. He teaches at the Bread Loaf School of English and the Rainier Writing Workshop. A native of Ivanhoe, Virginia, Huddle has lived in Vermont for over four decades. 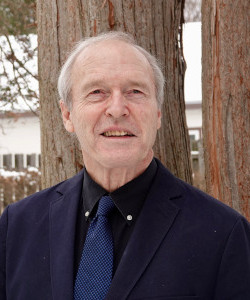