Christine Coulson in conversation at SVAC

Northshire Bookstore and Southern Vermont Arts Center are thrilled to present Christine Coulson--author of Metropolitan Stories, an enchanting love letter to the Met Museum weaving magical realism and indelible vignettes to expose the inner workings of the legendary institution--in conversation with Met curator Kim Benzel on this powerful ode to lives lived for art.

An essay “Behind the Scenes at the Met”, published in The New York Times Style Magazine, penned by twenty-five-year veteran of the Metropolitan Museum of Art, Christine Coulson, garnered wide interest when it ran in 2016.  Readers were enthralled to take a peek behind the visual wonders of Picassos and Vermeers, the Temple of Dendur and the popular American Wing and be granted a behind-the-scenes look at the inner-life of Met staff, coalesced into an eccentric extended family, and the underworld of hallways, offices, studios, storerooms, and tunnels that drive this iconic New York City institution. Here, Coulson, imbued life into the seemingly banal, retrieving forgotten moments in the Met's history and expanding our sense of the magic that dwells within.  Following the piece's success, the Met granted Coulson a year-long sabbatical during 2017 to write a novel, during which she held a research residency at the New York Public Library and was a Visiting Artist at the American Academy in Rome. After twenty-five loyal years building a career at the museum, that story has now grown into Coulson’s enchanting debut novel: METROPOLITAN STORIES, a love letter to the Met and a powerful ode to lives lived for art. METROPOLITAN STORIES weaves magical realism to expose the inner workings of this legendary institution. Kernels of truth radiate from the heart of many of the chapters—people, places, rituals, events—which are then fused with Coulson's imagination and aptly shaped into indelible vignettes. With echoes of Jane Turner Rylands' Venetian Stories and Julian Barnes A History or the World in 10½ and The Lemon Table, Coulson relies on a mix of truth and fiction to capture the wonder that radiates through the Met. Her unique point of view on the secret life of art, the palpable history within the building, and the staff’s dependence on the objects, spins an unforgettable tale.

Entering as an intern in 1991 in the European Paintings Department, Coulson has risen through the ranks and held various positions in the Development Office, the Director’s Office and the Department of European Sculpture and Decorative Arts. She left the Met in April 2019 to pursue writing full-time. With an insider's wealth of knowledge, Coulson reveals a world of larger than life characters, from the artwork to the devoted and peculiar staff who dedicate their lives the museum's operation, ghosts that haunt basement hallways, and the powerful voice of art itself.

Christine Coulson began her career at The Metropolitan Museum of Art in 1991 as an intern in the European Paintings Department. In the 25 years since then, Coulson has risen through the ranks of The Met and has held several positions, including roles in the Development Office, the Director's Office and the Department of European Sculpture and Decorative Arts. In April 2019, she left the Met to write full-time.

Kim Benzel (Curator in Charge, Ancient Near East Department, Metropolitan Museum of Art) joined The Met in 1990 and has worked on numerous exhibitions and related publications. Kim holds a PhD in art history and archaeology from Columbia University. She has studied ancient goldsmithing at the Kulicke-Stark Academy in New York, a technical background that informs her scholarly investigations of jewelry in the ancient Near East. Kim has participated in several archaeological excavations, primarily at sites in Syria. She teaches the ancient Near East sections of the Barnard College introductory survey of art history, as well as the ancient Near East portion of the curatorial studies course offered by the Institute of Fine Arts at New York University.

“Every painting, every tapestry, every fragile, gilded chair in the Met not only has a story, but gets to tell it, in Christine Coulson’s magical book. The history, humor, wonder, and—perhaps above all—beauty that Coulson absorbed in her twenty-five years at the museum burst forth from these pages, in her wry and imaginative tales of the people and objects that make the Met all that it is.” —Ariel Levy, staff writer for The New Yorker and New York Times bestselling author of The Rules Do Not Apply 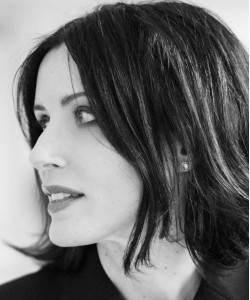