Join us for a fun evening with Julie Klam. She will be presenting her newest book "The Stars in our Eyes" at 7:00 pm. Get to hang out with her beforehand by attending our Yankee Book Swap Party at 6:00. Julie will be in attendance! Tickets for this portion of the event are limited. Click here for more information.

From bestselling author Julie Klam comes a lively and engaging exploration of celebrity: why celebrities fascinate us, what it means to be famous today, and why celebrities are so important.
"When I was young I was convinced celebrities could save me," Julie Klam admits in The Stars in Our Eyes, her funny and personal exploration of fame and celebrity. As she did for subjects as wide-ranging as dogs, mothers, and friendship, Klam brings her infectious curiosity and crackling wit to the topic of celebrity. As she admits, "I've always been enamored with celebrities," be they movie stars, baseball players, TV actors, and now Internet sensations. "They are the us we want to be." Celebrities today have a global presence and can be, Klam writes, "some girl on Instagram who does nude yoga and has 3.5 million followers, a thirteen-year-old 'viner, ' and a Korean rapper who posts his videos that are viewed millions of times."
In The Stars in Our Eyes, Klam examines this phenomenon. She delves deep into what makes someone a celebrity, explains why we care about celebrities more than ever, and uncovers the bargains they make with the public and the burdens they bear to sustain this status. The result is an engaging, astute, and eye-opening look into celebrity that reveals the truths about fame as it elucidates why it's such an important part of life today. 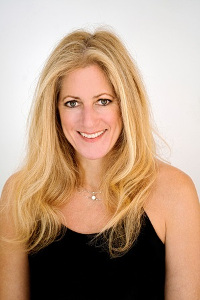 Julie Klam is the New York Times-bestselling author of You Had Me at Woof, Love at First Bark, Friendkeeping, and Please Excuse My Daughter. After attending NYU's Tisch School of the Arts and interning at Late Night with David Letterman, Julie went on to write for such publications as O: The Oprah Magazine, Rolling Stone, Harper's Bazaar, Glamour, and for the VH1 television show Pop-Up Video, where she earned an Emmy nomination for Outstanding Special Class Writing. She now writes for The New York Times, The Washington Post, and others. Klam grew up in Bedford, New York and currently lives in New York City with her daughter, her Dan Davenport, and a variety of cute dogs.

The Stars in Our Eyes: The Famous, the Infamous, and Why We Care Way Too Much About Them (Hardcover)