In conjunction with the Weston Playhouse Theater’s July production of FUN HOME and the Manchester Community Library’s exhibition of a selection of images from the exhibition, "Self-Confessed!: the Inappropriately Intimate Comics of Alison Bechdel," organized by the Fleming Museum of Art at the University of Vermont, Northshire Bookstore is thrilled to be selling books for an author signing with Alison Bechdel at the Manchester Community Library.

The exhibit runs from July 12 through 19th. On the 14th from 4-6 pm, Alison will be on hand to sign copies of Fun Home, Are You My Mother, and The Essential Dykes to Watch Out For. The event is free and open to the public, with lite bites from Pan Latin Catering and cash bar. A portion of profits from the sale of books will be given to the Weston Playhouse and the Manchester Library.

Alison Bechdel has been a careful archivist of her own life and kept a journal since she was ten. Since 1983 she has been chronicling the lives of various characters in the fictionalized "Dykes to Watch Out For" strip, "one of the preeminent oeuvres in the comics genre, period" (Ms.). The strip is syndicated in 50 alternative newspapers, translated into multiple languages, and collected into a book series with a quarter of a million copies in print. Utne magazine has listed DTWOF as "one of the greatest hits of the twentieth century."

"Alison Bechdel she’s one of the best, one to watch out for." --Harvey Pekar

"If David Sedaris could draw, and if Bleak House had been a little funnier, you'd have Alison Bechdel's Fun Home." --Amy Bloom, author of A Blind Man Can See How Much I Love You 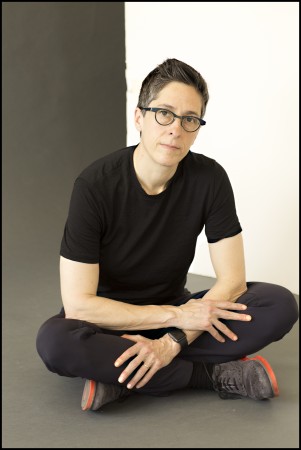 The Essential Dykes to Watch Out For (Hardcover)

Are You My Mother?: A Comic Drama (Paperback)