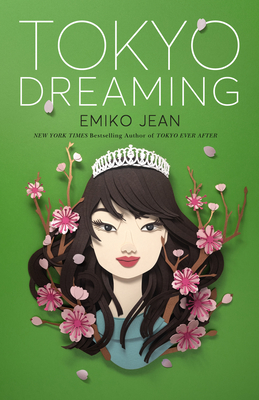 Return to Tokyo for a royal wedding in Emiko Jean's Tokyo Dreaming, the sequel to the Reese Witherspoon YA Book Club Pick and New York Times bestseller Tokyo Ever After.

When Japanese-American Izumi Tanaka learned her father was the Crown Prince of Japan, she became a princess overnight. Now, she's overcome conniving cousins, salacious press, and an imperial scandal to finally find a place she belongs. She has a perfect bodyguard turned boyfriend. Her stinky dog, Tamagotchi, is living with her in Tokyo. Her parents have even rekindled their college romance and are engaged. A royal wedding is on the horizon Izumi's life is a Tokyo dream come true.

Her parent's engagement hits a brick wall. The Imperial Household Council refuses to approve the marriage citing concerns about Izumi and her mother's lack of pedigree. And on top of it all, her bodyguard turned boyfriend makes a shocking decision about their relationship. At the threat of everything falling apart, Izumi vows to do whatever it takes to help win over the council. Which means upping her newly acquired princess game.