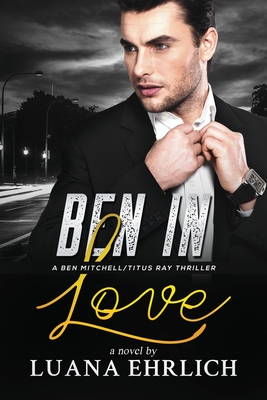 CIA operative Titus Ray isn't interested in getting involved in Ben Mitchell's love life.
Not until he discovers Ben is lying about being in love with the daughter of a Turkish cleric.

Ben's love life is complicated . . .
Ben claims to be in love with Kamila Hanim, the daughter of an exiled Muslim cleric, who's been accused of trying to overthrow the Turkish government. Titus doesn't believe him. He thinks Ben is in love with Jennifer, another CIA operative. Can Ben's feelings for Jennifer survive his deception?

Ben's love life is confusing . . .
After Titus decides to put Ben under surveillance, he follows him to a compound in northern Virginia, where he discovers Ben is entangled in a duplicitous joint operation involving the FBI and an operative from Titus's past. Will Titus be able to share his newfound faith with an old enemy?

Ben's love life is cunning . . .
Once Titus learns the truth about Ben's deception, he and Jennifer join with Ben to prevent a Turkish terrorist cell from carrying out a kidnapping operation on American soil. Can the two men discover the truth before it's too late?

And then it turns deadly.

If you enjoy a clean, amusing, multilayered thriller with a hero who's trying to figure out how to make his faith and his CIA career work together, you'll love this book