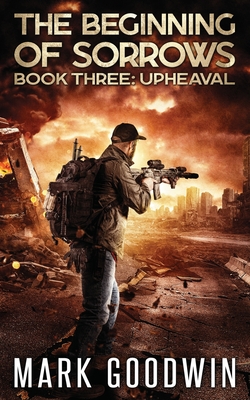 And I looked, and behold a pale horse: and his name that sat on him was Death, and Hell followed with him. And power was given unto them over the fourth part of the earth, to kill with sword, and with hunger, and with death, and with the beasts of the earth.-Revelation 6:8

A plan to take down the New World Order.

When Solomon calls in a favor, Josh is obligated to hold up his end of the bargain. He quickly regrets binding himself and the group to the open-ended agreement after hearing what Solomon has in mind. The mission is not only dangerous and foolish, but Josh considers it to be down-right impossible.

All that glitters is not gold.

Lucius Alexander's OASIS cities are living up to their names by providing security, healthcare, food, shelter, and even recreation. But admission to these modern utopias come at a cost. Residents must accept the Ministry of Religion's new global standard for worship. For most Christians in the US, it isn't a problem. However, some faithful followers refuse to adhere.

Lucius Alexander is revealed as a man bent on conquest.

A new strain of Red Virus is threatening the globe. Citizens are required to keep their digital certificates up-to-date by taking the latest version of the vaccine. Those who refuse are denied access to food and banned from entering OASIS cities. To make matters worse, the person who the world is calling the Prince of Peace is instigating a war with the new Eastern Trade Organization. China and Russia are calling the shots for the ETO and the conflict is about to go nuclear

As with all works by Mark Goodwin, this book contains no profanity and no embarrassing sex scenes. However, if you're offended by conservative principles and references to Scripture, this book might not be for you.