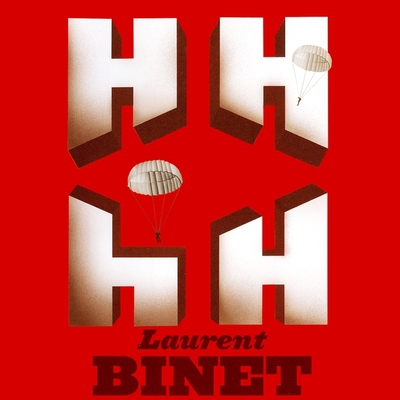 During the Second World War, a pair of Czech resistance fighters plot the assassination of "Hitler's Hangman." A true story that reads like a thriller - but also a cautionary tale about making fiction from history.

This debut novel from the author of another book close to my heart, The Seventh Function of Language, centers around Operation Anthropoid: the successful, if tragic, assassination attempt on Reinhard Heydrich, the "Butcher of Prague". It is also a story of the struggle of writing - Binet's obsession, his setbacks, the fear of reducing history to fiction and heroes to characters. "HHhH" stands for the German phrase "Himmler's brain is called Heydrich", and it is Binet's brain - with all its thoughts, its asides and doubts, and its enthusiasm - that takes us through the story. For anyone who writes, and anyone who is fascinated by the history we often miss, and everyone who is both.