Alexander the Great: The Biography of a Bloody Macedonian King and Conquirer; Strategy, Empire and Legacy (History) (Paperback) 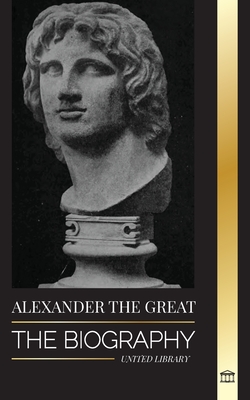 Interested in learning about one of history's most famous conquerors?

Alexander the Great is one of the most fascinating and controversial figures in all of history. This biography book tells his complete story - from his humble beginnings to his stunning military victories.

Alexander the Great was one of the most successful military commanders in history. He conquered most of the known world in his time and established an empire that stretched from Greece to India. In spite of his many accomplishments, Alexander is also remembered for his brutality. He was responsible for the massacre of entire cities and the enslavement of thousands of people. His legacy is thus a complicated one.

This biography book tells the story of Alexander's life, from his childhood in Macedonia to his death in Babylon at the age of 32. Enjoy a detailed picture of Alexander's military campaigns, as well as his personal relationships and political dealings. The book also sheds light on Alexander's controversial legacy, assessing both the positive and negative aspects of his reign. Overall, "Alexander the Great" is a comprehensive look at one of history's most intriguing figures.

You'll learn about all aspects of Alexander's life, including his strategies for war, his empire-building, and the lasting legacy he left behind. If you want to know more about this bloody Macedonian king, then this book is for you