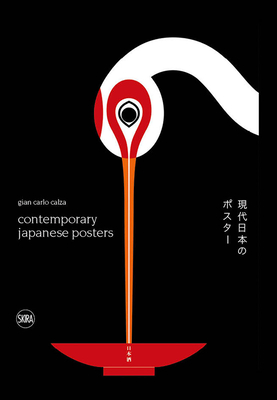 The best of Japanese graphic poster design, from the 1964 Tokyo Olympics to the Issey Miyake logo

This book brings together the best of Japanese graphic poster design--from the 1964 Tokyo Olympics to the creation of the Issey Miyake logo, and from the Osaka Expo to the official poster for the Pan-Pacific Design Congress. Japanese contemporary posters are considered to have started in the mid-'50s, after World War II and following a period of depression, post-militarism and post-autarchy. This new expressive mode was fueled by stimuli from abroad, but it was also a chance to reinterpret traditional themes and colors, bringing them into modernity in refreshing and fruitful ways. In the maze of expressive forms that flourished in Japan during the postwar period, graphic design stands out as a precious tool for following the thread of national creativity and the intense permanence of traditional aesthetic sensibility through these new forms.
Over half a century after the inception of graphics and with the coming Olympic Games taking place in 2021, this volume takes a wide view of the trends and aesthetic shifts that can be traced in the development of graphic design in Japan. Contemporary Japanese Posters includes 85 graphic designers and 756 posters. It is the most complete volume on the subject in any language.