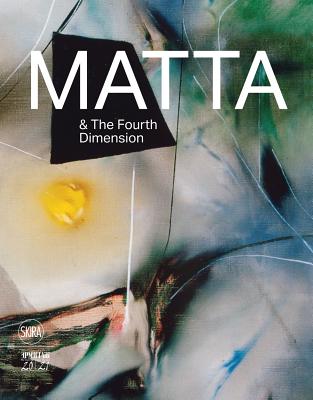 Matta: at the meeting point of surrealism and abstract expressionism

A protagonist in the tale of surrealism's influence on American art at midcentury, the Chilean painter Roberto Matta initially trained as an architect, and moved to Paris in 1933 to work for Le Corbusier. It was in Paris that Matta met the surrealists. Inspired by non-Euclidian geometry (like Duchamp, de Chirico and others), Matta tried to give shape to structures built in his mind, creating space beyond conventional perspective. Additionally, through the writings of Russian philosopher Peter D. Ouspensky, Matta became fascinated with the idea of the "fourth dimension," and, upon his move to New York, transmitted these ideas to abstract expressionist painters such as Gorky, Motherwell and Pollock.

The first overview of the artist in many years, Matta & the Fourth Dimension features more than 60 of Matta's paintings, highlighting the artist's unique understanding of space and his pursuit of the fourth dimension on canvas. With a text by Linda Dalrymple Henderson (author of The Fourth Dimension and Non-Euclidean Geometry in Modern Art) and an interview by Hans Ulrich Obrist, this volume offers a much-needed comprehensive survey of the artist's work. Roberto Matta (1911-2002) held his first solo exhibition at the Julian Levy Gallery, New York, in 1940, and since that time, nearly 400 solo exhibitions of his work have been mounted, including retrospectives at the Museum of Modern Art, the Walker Art Center and the Institute of Contemporary Art, Boston. He was the father of the New York artist Gordon Matta-Clark.