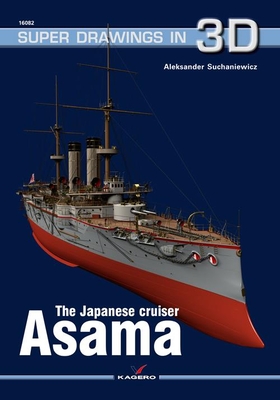 "Azuma" was one of the six armored cruisers built under the programme. Four of them were built by the British Armstrong shipyard, but "Azuma" was ordered in France, and its sister vessel, the "Yakumo", in Germany. Both cruisers were to carry British guns, making them compatible with units built in hazy Albion. The contract for the construction of "Azuma" was signed on 12th of October, 1897, with Ateliers et Chantiers de la Loire. On 1st of February, 1898, the keel was laid at the concern's shipyard in St. Nazaire. The launch took place on 24th of June, 1899. The construction was completed on 28th of July, 1900. The next day, the cruiser left St. Nazaire and went to Japan, reaching Yokosuka on 29th of October 29 of that year.