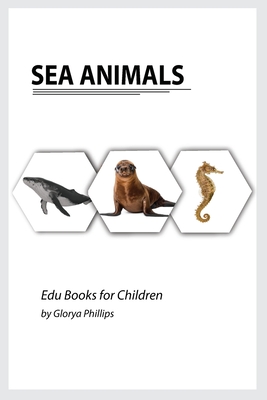 "Everybody is a genius, but if you judge a fish by its ability to climb a tree, it will live its whole life believing that it is stupid" (A. Einstein).

Psychology believes intelligence is a trait that can and should be cultivated. Like any other trait, the earlier one starts, the better the results.

How does it do that? By using images of real sea animals, so that it spurs the toddler's cognitive abilities.

'Sea Animals' didn't invent the wheel but it has adapted it to the 21st century, addressing itself to the parent that wants to go the extra mile, because he wants to raise a little genius.

This book has 50 pages with aquatic animals for babies and toddlers between 0 -3 years old, each page contains one image of a real sea animal.