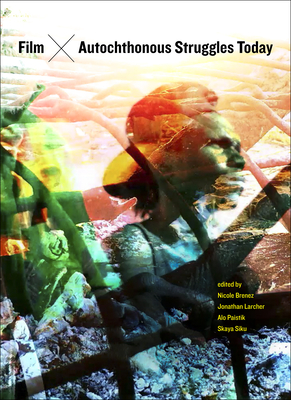 First global exploration of contemporary forms of filmmaking from political and cultural self-determination movements of Autochthonous communities and peoples.

Film X Autochthonous Struggles Today brings together for the first time filmmakers, activists, film curators, and scholars who share a common interest in filmmaking practices that emerge from and participate in the various situations of struggle that the Autochthonous/Indigenous/Native/Aboriginal/First Nations peoples and communities are involved in worldwide.

Starting with the Edison Studio’s 1894 short films Buffalo Dance and Sioux Ghost Dance, representations of Autochthonous peoples have been part of cinema right from its inception. The vast majority of these representations, however, have not been produced by nor for Autochthonous peoples. In the wake of political and cultural self-determination movements of the 1960s and 1970s, and with the gradual democratization and accessibility of the tools of moving-image making, Autochthonous communities have displaced and renewed cinema’s forms and means of production, increasingly reclaiming their right for self-representation by way of film and video.

Along with the vibrant forms of moving images arising from within the communities, close to their existential concerns, filmmaking has also become a potent tool in Autochthonous struggles. This book answers the need to take a global look at the diverse ways of filmmaking that fight for land rights and against environmental injustice (Brazil, Morocco, Taiwan, USA), that resist neocolonial domination, economic and political exploitation (Japan, Philippines), that offer a counterpoint during low intensity or drawn-out armed conflicts (Colombia, Mexico), that invent strategies of counter information and representation (Australia, Canada, Russia, Samoa), and that strive for visibility.

Nicole Brenez teaches Cinema Studies at the Sorbonne Nouvelle and heads the department of Analysis and Cinematographic Culture at La Fémis. She is a longtime curator of avant-garde cinema at the Cinémathèque française and has extensively published on experimental and political film practices.

Jonathan Larcher is a post-doctoral researcher at Paris Nanterre Université. He received his PhD in anthropology at the EHESS and was a post-doctoral fellow at the New Europe College and the Eur ArTeC. He is currently working on the preservation of the video archives of the political collective Promedios (Mexico).

Alo Paistik is active as a researcher and educator in France, Germany, and Estonia, focusing on media history and politically engaged media practices. He is also the co-editor of forthcoming books on the œuvre of Italian artists-filmmakers Yervant Gianikian and Angela Ricci Lucchi and on the work of American filmmaker and educator John Gianvito.

Skaya Siku (Seejiq Truku people) received a Ph.D. in visual anthropology at the EHESS. She currently works as an assistant research fellow at the National Academy for Educational Research in Taiwan and contributes to the development of Indigenous cultural activism through diverse educational research and artistic projects.