Cosmology for the Curious (Hardcover) 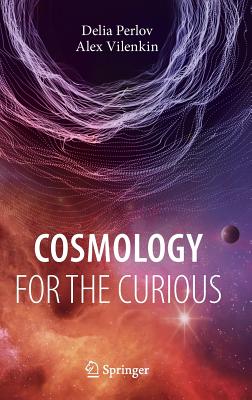 This book is a gentle introduction for all those wishing to learn about modern views of the cosmos. Our universe originated in a great explosion - the big bang. For nearly a century cosmologists have studied the aftermath of this explosion: how the universe expanded and cooled down, and how galaxies were gradually assembled by gravity. The nature of the bang itself has come into focus only relatively recently. It is the subject of the theory of cosmic inflation, which was developed in the last few decades and has led to a radically new global view of the universe.

Students and other interested readers will find here a non-technical but conceptually rigorous account of modern cosmological ideas - describing what we know, and how we know it. One of the book's central themes is the scientific quest to find answers to the ultimate cosmic questions: Is the universe finite or infinite? Has it existed forever? If not, when and how did it come into being? Will it ever end?

The book is based on the undergraduate course taught by Alex Vilenkin at Tufts University. It assumes no prior knowledge of physics or mathematics beyond elementary high school math. The necessary physics background is introduced as it is required. Each chapter includes a list of questions and exercises of varying degree of difficulty.

DELIA PERLOV's research interests are focused on the eternally inflating multiverse, and touch on various aspects of cosmology, string theory, quantum field theory and general relativity. She got her Ph.D. from Tufts University and then spent several years working as a postdoctoral fellow, also at Tufts, where she now lectures on a part-time basis.ALEX VILENKIN has been one of the key researchers at the forefront of theoretical cosmology and has made many significant contributions to the field. He is best known for his theories of eternal cosmic inflation, creation of the universe from nothing, and for his groundbreaking work on cosmic strings. He is the director of the Tufts Institute of Cosmology.