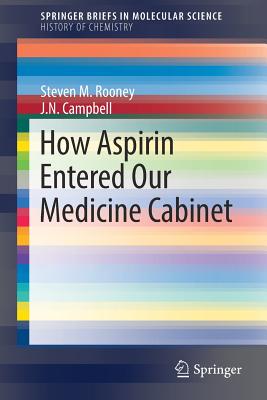 This brief traces the story of one of our most common medicines - aspirin. On a journey involving science, diverse characters, shady business deals, innovative advertising and good old-fashioned luck, Rooney and Campbell describe how aspirin was developed and marketed on a global scale. Starting at the beginning of the twentieth century, the authors explain the use of aspirin during the First World War, the development of competition drugs such as ibuprofen during the interwar years, and the application of aspirin to heart disease in the 1950s and 1960s. On a broader level, Rooney and Campbell show that the development of America's modern pharmaceuticals was a complex weaving of chemistry and mass culture. They argue that aspirin's story provides a way to understand the application of complex chemical formulas in medical results. This brief is of interest to historians of chemistry and medicine as well as the general educated reader.

Steven M. Rooney taught AP Chemistry at The Episcopal School of Dallas for thirteen years. After starting his career in research, he believed fervently in getting students interested in science by showing them how to think for themselves. Steven received an M.S. in chemistry from the University of Missouri-St. Louis. As an independent scholar, he lives in Dallas with his wife Teri, and their small parrot, Gypsy. J.N. Campbell is an independent scholar whose interests include, twentieth century mass culture, and the vast swath that is, World History. He received his M.A. in History from the University of Kentucky, and an M.A. from the Parsons School of Design. A native Texan, he lives in Houston.