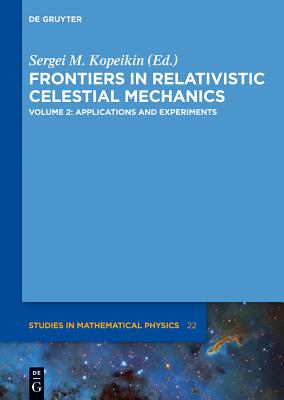 Relativistic celestial mechanics - investigating the motion celestial bodies under the influence of general relativity - is a major tool of modern experimental gravitational physics. With a wide range of prominent authors from the field, this two-volume series consists of reviews on a multitude of advanced topics in the area of relativistic celestial mechanics - starting from more classical topics such as the regime of asymptotically-flat spacetime, light propagation and celestial ephemerides, but also including its role in cosmology and alternative theories of gravity as well as modern experiments in this area.

This second volume of a two-volume series covers applications of the theory as well as experimental verifications. From tools to determine light travel times in curved space-time to laser ranging between earth and moon and between satellites, and impacts on the definition of time scales and clock comparison techniques, a variety of effects is discussed.

On the occasion of his 80-th birthday, these two volumes honor V. A. Brumberg - one of the pioneers in modern relativistic celestial mechanics.