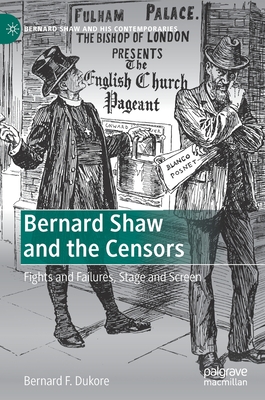 "Dukore's style is fluid and his wit delightful. I learned a tremendous amount, as will most readers, and Bernard Shaw and the Censors will doubtless be the last word on the topic."

"This book shows us a new side of Shaw and his complicated relationships to the powerful mechanisms of stage and screen censorship in the long twentieth century."

A fresh view of Shaw versus stage and screen censors, this book describes Shaw as fighter and failure, whose battles against censorship - of his plays and those of others, of his works for the screen and those of others - he sometimes won but usually lost. We forget usually, because ultimately he prevailed and because his witty reports of defeats are so buoyant, they seem to describe triumphs. We think of him as a celebrity, not an outsider; as a classic, not one of the avant-garde, of which Victorians and Edwardians were intolerant; as ahead of his time, not of it, when he was called "disgusting," "immoral", and "degenerate." Yet it took over three decades and a world war before British censors permitted a public performance of Mrs Warren's Profession. We remember him as an Academy Award winner for Pygmalion, not as an author whose dialogue censors required deletions for showings in the United States. Scrutinizing the powerful stage and cinema censorship in Britain and America, this book focuses on one of its most notable campaigners against them in the last century.