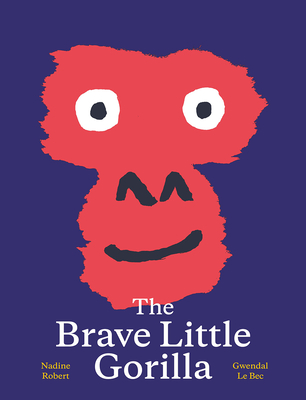 Discover the story of a brave gorilla who is unfairly accused of stealing — but, sooner or later, the truth will come out of someone's mouth!

Little Gorilla stole the flamingo’s eggs! Vervet, who was hiding behind an old stump, saw him! Well, at least, that is what he thinks he saw… And that is what he tells Chimpanzee. And there they go, on the heels of this naughty bandit. But Little Gorilla is only helping his grandfather. Is Vervet making wrong assumptions?

Nadine Robert began her career as a video game designer and director of animated films. Her first picture book, Joseph Fipps, received a starred review from Publishers Weekly. As the founder of the publishing house Comme des géants, she has always had a strong passion for children’s illustrated books. She lives near Montreal, Canada with her family.
Gwendal Le Bec is a French illustrator and writer based in New York. His practice is varied, with a focus on editorial and children’s books. In 2011, his book Le Roi des oiseaux received the award for the best picture book at the Montreuil Children’s Book Fair in France.