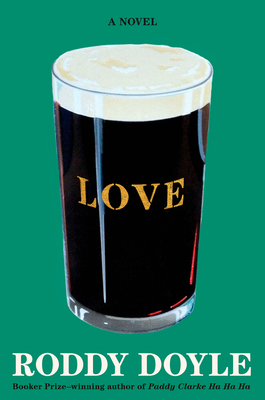 This is a perfect follow-up to the author's Barrytown trilogy. The storyline is quirky and the gnarly characters, Davey and Joe, have not aged gracefully nor necessarily wisely, but they have retained all the wry humor and angst that make them alive, real, and enormously loveable. This is a story about dreams lost and found, sometimes mislaid and redeemed--not always to the good. The novel is also a love letter not just to Dublin, but to pub life. — Maeve Noonan

Two old friends reconnect in Dublin for a dramatic, revealing evening of drinking and storytelling in this winning new novel from the author of the Booker Prize winning Paddy Clarke Ha Ha Ha

One summer's evening, two men meet up in a Dublin restaurant.

Drinking pals back in their youth, now married and with grown up children, their lives have taken seemingly similar paths. But Joe has a secret he needs to tell Davy, and Davy has a sorrow he wants to keep from Joe. Both are not the men they used to be.

Joe has left his wife and family for another woman, Jessica. Davy knows her too, or should - she was the girl of their dreams four decades earlier, the girl with the cello in George's pub. As Joe's story unfolds across Dublin - pint after pint, pub after pub - so too do the memories of what eventually drove Davy from Ireland: his first encounter with Faye, the lively woman who would become his wife; his father's somber disapproval; the pained spaces left behind when a parent dies.

As the two friends try to reconcile their versions of the past over the course of one night, Love offers a delightfully comic yet moving portrait of the many forms love can take throughout our lives.

Roddy Doyle was born in Dublin in 1958. He is the author of ten acclaimed novels, including The Commitments, The Van (a finalist for the Booker Prize), Paddy Clarke Ha Ha Ha (winner of the Booker Prize), The Woman Who Walked Into Doors, A Star Called Henry, The Guts and, most recently, Smile. Doyle has also written several collections of stories, as well as Two Pints, Two More Pints, and Two for the Road, and several works for children and young adults including the Rover novels. He lives in Dublin.

“[Love] isn’t so much about what happens, or happened once upon a time, as it is about the mystically inaccurate nature of language . . . Doyle puts feeling first in this novel by putting it last, in the final pages . . . in the end, you see that the sacred world of the two friends was lurking in all that preceded this final scene, and concealing itself so successfully that they themselves did not realize how much they cared for each other.” —The New York Times Book Review

“Love drew me in gently and moved me deeply as [Doyle’s] old friends open up to each other over one long pub crawl. On this side of the pandemic, I read it as a hymn to the small but irreplaceable pleasures of face-to-face chat in public places.” —Emma Donoghue, The Guardian

“This story, with its beer-inspired and home-brewed philosophy, its funny and painful moments, is about love . . . and the remembrance of love between friends, lovers, and family . . . Doyle’s narrative style is fast-paced and deceptively easy to read . . . [dialogue] goes down as smoothly as gulps of beer. . . [a] brilliant two-character story.” —The Boston Globe

"Doyle is justly renowned for his whip-smart dialogue, which combines salty humor and the loving use of local vernacular . . . there is beauty and compassion in [his] sculpted, spare writing . . . Love is a reminder that its author is one to treasure.” —The Economist

“Doyle, the author of tales that feature crackling wit and dialogue […] knows what he’s doing . . . [A] subtle, observant novel.” —The Minneapolis Star Tribune

“Here is a paean to all things Irish. Fans of [Doyle] will be glad to follow old mates Davy and Joe through a pub crawl that is both elegiac and hilarious.” —The Washington Post

“Love marks a new turn for Doyle. It is a tender and deceptively complex book that touches not just on matters of the heart, but on memory, friendship, masculinity, fatherhood, home and the difficulty of true communication… Doyle, as he did in Smile, pulls off a final act that is profound and elegiac.” —Times Literary Supplement (London)

“Deeply moving… [with] a beautifully handled and powerful reveal.” Guardian
“Roddy Doyle has never lacked ambition, writing complex novels that appear straightforward: heavy on the dialogue, simple in the language, deep in the lives of ordinary working people… [Love] is devastating.”  —The Times (London)

“A praise-song to the Irish pub . . . the reader is dropped into the familiar, perfect rhythm of Roddy Doyle’s effortless dialogue . . . Laced into the good humour and camaraderie is an examination of mid-to-late life, as both men measure themselves against their younger selves and against each other.” —Financial Times

“The words said and not said build up their own weirdly propulsive inarticulacy yet, just when you wonder if it’s all a bit of a boozy journey through the emotional deep freeze of male friendship, Doyle brings it to a masterly conclusion . . . A first-rate novel about the different bonds between men and the ineffable mysteries of love.” —Daily Mail

“This witty, satisfying novel about male friendship, aging, and guilt from Doyle dramatizes language’s inadequacies when it comes to affairs of the heart . . . [T]he two men are nothing if not good company. By closing time, Doyle has focused the novel’s rambling energy into an elegiac and sobering climax. This one is a winner.” —Publishers Weekly

“[A] freewheeling tale of longtime mates Joe and Davy . . . As the two track back through the years of their marriages, a mixture of regret and melancholy permeates what's both spoken and left unspoken. And, yet, at the end of this long night's journey into day, we are buoyed against the sadness by what is finally a portrait of love in the face of life.” —Booklist

“Love is altogether spellbinding . . . [Doyle] is as a wizard at dialogue once again here in capturing every ricochet of deceit, evasion, and hilariously hidden meaning in the course of the night’s talking. The whole book is audacious, richly layered and often comic, but ultimately deeply moving. . . . It is quite beautiful, and not an ounce overworked. Move over Socrates and watch an Irish master of dialogue at work.” —Irish Examiner