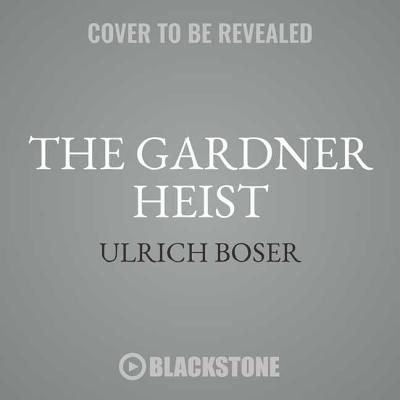 Boser carefully interviews everyone from the only FBI agent on the case to all the unsavory characters seemingly associated with the theft, which included a Vermeer and Rembrandt's only maritime painting, and he has his suspicions. Here's fact that reads like fiction. — Louise Jones

Shortly after midnight on March 18, 1990, two men broke into the Isabella Stewart Gardner Museum in Boston and committed the largest art heist in history. They stole a dozen masterpieces, including one Vermeer, three Rembrandts, and five Degas. But after thousands of leads-and a $5 million reward-none of the paintings have been recovered. Worth as much as $500 million, the missing masterpieces have become one of the nation's most extraordinary unsolved mysteries.After the death of famed art detective Harold Smith, reporter Ulrich Boser decided to take up the case. Exploring Smith's unfinished leads, Boser travels deep into the art underworld and comes across a remarkable cast of characters, including a brilliant rock 'n' roll thief, a gangster who professes his innocence in rhyming verse, and the enigmatic late Boston heiress Isabella Stewart Gardner herself. Boser becomes increasingly obsessed with the case and eventually uncovers startling new evidence about the identities of the thieves. A tale of art and greed, of obsession and loss, The Gardner Heist is as compelling as the stolen masterpieces themselves.