Sounds Like Me: My Life (So Far) in Song (Paperback) 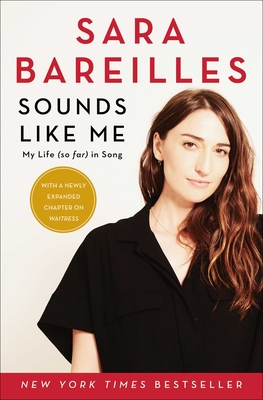 Sara Bareilles “pours her heart and soul into these essays” (Associated Press), sharing the joys and the struggles that come with creating great work, all while staying true to yourself. Imbued with humor and marked by Sara’s confessional writing style, this essay collection tells the inside story behind some of her most popular songs. Well known for her chart-topper “Brave,” Sara first broke through in 2007 with her multi-platinum single “Love Song.” She has since released seven albums that have sold millions of copies and spawned several hits.

“A breezy, upbeat, and honest reflection of this multitalented artist” (Kirkus Reviews), Sounds Like Me reveals Sara Bareilles, the artist—and the woman—on songwriting, soul searching, and what’s discovered along the way.

Sara Bareilles is a seven-time Grammy nominated American singer-songwriter and musician. She first achieved mainstream success in 2007 with her hit single, “Love Song” and has since released five studio albums and two live DVDs to great acclaim. She composed music and wrote lyrics for the Broadway smash hit, Waitress, for which she earned a Tony Award nomination in 2016. She is also the creator and executive producer of Little Voice on Apple TV+. Bareilles currently resides in New York City.