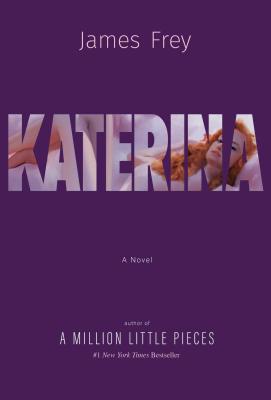 A prequel to the controversial Million Little Pieces, this book is Frey's love letter to Henry Miller. After selling enough drugs to live in Paris for a year and escape "the creaking machinery of humanity," he spends his time in a drug-induced fog drinking, sleeping around, and writing. At this story's heart is a tragic love story borne from reckless behavior and youthful ambitions.

A kiss, a touch. A smile and a beating heart. Love and sex and dreams, art and drugs and the madness of youth. Betrayal and heartbreak, regret and pain, the melancholy of age. Katerina, the explosive new novel by America’s most controversial writer, is a sweeping love story alternating between 1992 Paris and Los Angeles in 2018.

At its center are a young writer and a young model on the verge of fame, both reckless, impulsive, addicted, and deeply in love. Twenty-five years later, the writer is rich, famous, and numb, and he wants to drive his car into a tree, when he receives an anonymous message that draws him back to the life, and possibly the love, he abandoned years prior. Written in the same percussive, propulsive, dazzling, breathtaking style as A Million Little Pieces, Katerina echoes and complements that most controversial of memoirs, and plays with the same issues of fiction and reality that created, nearly destroyed, and then recreated James Frey in the American imagination.

James Frey is originally from Cleveland, Ohio. He is the bestselling author of A Million Little Pieces, My Friend Leonard, Bright Shiny Morning, and The Final Testament of the Holy Bible. He is married and lives in Connecticut. He has sold more than twenty million books and his work is published in forty-two languages.

“Structurally distinctive, this sensual eye-opener is about the act of creation, and it will prove fascinating reading even for those still mad at Frey.”
—Library Journal, starred review

"With Katerina, a sexy, intriguing, page-turning love story, Frey is back in the game, again."
—Publishers Weekly

"[Frey] proves he can dynamically reimagine his past into a page-turner, in his signature stream-of-consciousness style."
—Booklist

"In propulsive, shattering prose, Frey moves primarily between 2017 Los Angeles and 1992 Paris as a successful but emotionally end-of-his-rope author is thrown back to his raucous, raunchy, revelatory young days in the City of Light and his affair with the heart-stopping Katerina."
—Library Journal, starred review

"[A] sexy and electric novel that flips between modern-day Los Angeles and Paris in 1992... Frey, perhaps best known for his controversial book A Million Little Pieces, has penned a compulsive novel that speaks directly to the scandal that blew up his own life."
—Esquire.com

"[Frey] reasserts himself as a voice to be reckoned with in Katerina."
—InStyle