Weathering With You (Hardcover) 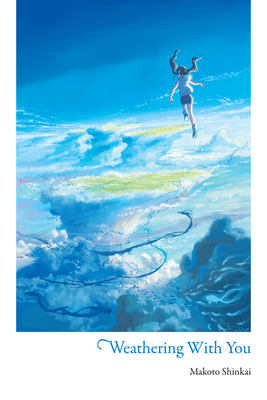 Longing to escape his island home, a boy named Hodaka runs away during his first summer of high school to find a new life in Tokyo. As rain falls for days on end and Hodaka struggles to adjust, he meets a girl named Hina who holds a mysterious power: With a single prayer, she can part the clouds and bring back the sun. But her power comes at a price, and as the weather spirals further and further out of control, they must choose what future they truly want for themselves.
Written concurrently with production of the 2019 film Weathering With You, this novel comes straight from director Makoto Shinkai, the mind behind 2016's hit your name.!

Makoto Shinkai first caught the attention of the animation world in 2002 with his short film Voices of a Distant Star, which he produced almost single-handedly. His later films, The Place Promised in Our Early Days, 5 Centimeters Per Second, Children Who Chase Lost Voices, The Garden of Words, and your name., have earned him numerous awards both in Japan and abroad as well as critical acclaim as one of Japan's most successful and innovative directors for his stories about longing and loneliness. His latest work, Weathering With You, has been a runaway success and earned rave reviews from audiences and critics.