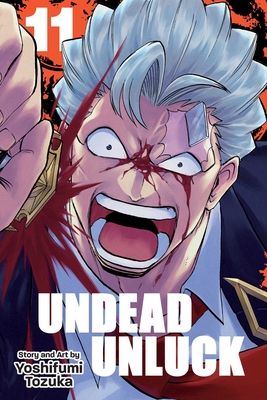 This is book number 11 in the Undead Unluck series.

Fuuko has finally reached the top of the tower and has been plunged straight into a three-round competition with the fate of all at stake! The score is tied as she heads into the final bout. But just before the third and final game begins, God’s brainwashing drives Spring to enter his ultimate form!