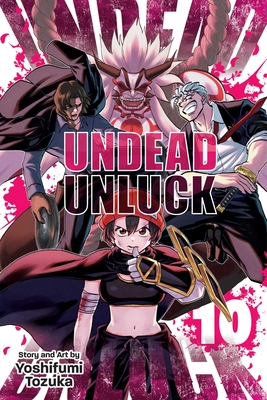 This is book number 10 in the Undead Unluck series.

Andy and the others head off to rescue Fuuko and slay Spring. Amidst a fierce battle between the Union and Under, Fuuko reaches the top of the tower alone. There, she tries to talk things out with Spring, but the UMA, bound by the will of God, challenges her to a three-round competition to decide the fate of the world!