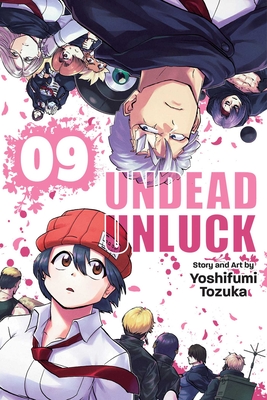 This is book number 9 in the Undead Unluck series.

Fuuko surrenders herself to Under in exchange for them neutralizing Winter. With only one season UMA left to neutralize, both Under and the Union have their sights set on Spring. But first, the Union needs to figure out when Under plans to launch their attack so they can beat them to their target and rescue Fuuko in the process. Can Fuuko find a way to get Andy and the others the information they need?!