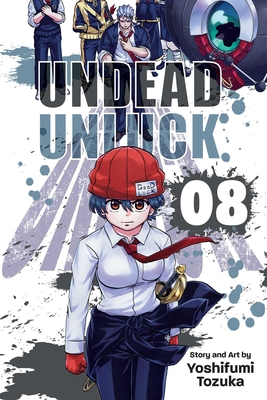 This is book number 8 in the Undead Unluck series.

Shen’s obsession with avenging his sister’s death at the hands of Feng nearly causes him to lose sight of himself until Andy reminds him his purpose is to protect the person right in front of him—Mui. During their battle, Feng launches a devastating attack, and Fuuko and Mui are his targets! Shen and Andy manage to block the attack in time, but not without paying a tremendous price. Now it’s up to Mui to find a way to turn the tide in their favor!