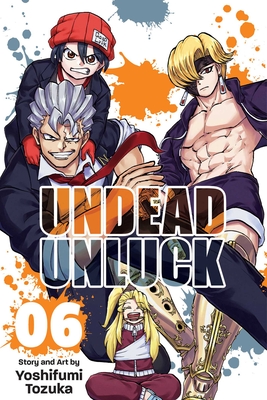 This is book number 6 in the Undead Unluck series.

Fuuko tackles Andy’s past—literally! However, Victor intervenes and tries to eject Fuuko. She then reconvenes with Andy and the two take on Victor together! Meanwhile, back in the real world, Anno Un encounters Rip and his crew, and they’re gunning for Fuuko’s life!