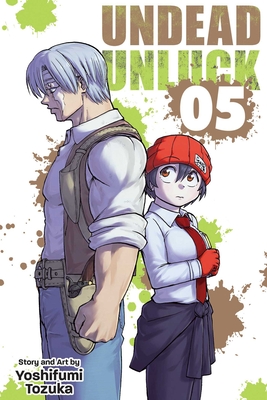 This is book number 5 in the Undead Unluck series.

Billy has defected from the Union, and Juiz tells the group of the beginning and end of their world. With the organization facing a new turning point, Fuuko and Andy are given a mission in order to clear the quests. That mission? Investigate the rough drafts of Fuuko’s favorite manga, To You, From Me!