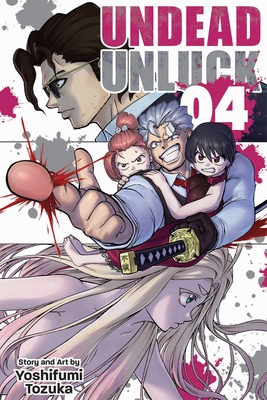 This is book number 4 in the Undead Unluck series.

In the search to recruit an 11th Negator, Andy and the others find themselves locked in a heated battle against Rip. They’ll need to kill Rip before time runs out or Fuuko will succumb to the wound inflicted upon her by Unrepair. So Tatiana takes matters into her own hands by finally unleashing her true power!