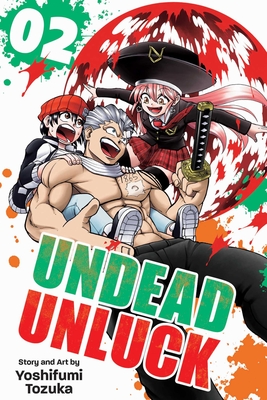 This is book number 2 in the Undead Unluck series.

Sick of being targeted, Fuuko and Andy decide they would rather be the hunters than the hunted. So they set their sights on joining the ten-member Union. But to snag the second seat they need, they’ll have to defeat their would-be assailant, Unchange!