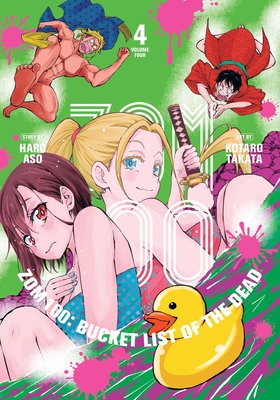 Having overcome his abusive former boss, Akira’s back on the road to his parents’ home in Gunma. The journey is full of zombies and side trips, but some sushi, hot springs, treehouses, and a surprising new traveling companion keep the good times rolling. But Akira’s mind keeps drifting to how he can repay his parents—that is, if they’re even alive!