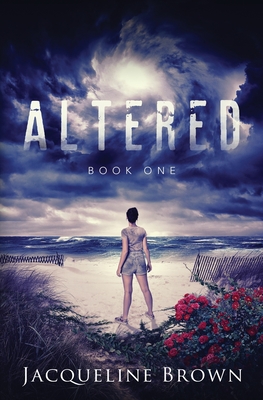 Azalea Rose is no different from all the other gestates. Even though she's been gifted a name by Mr. Northup, she's still only a slave. She exists for one reason-to serve. How could she be worthy of anything more? After all, she isn't even a person. People are born from women; she's merely a human gestated by a machine, genetically altered not to be able to love or even think for herself. Though she looks like a vintage born, the purest form of a person, she's lower than an animal.

The truth of her life doesn't bother her. Why should it; it's what she was created for. Besides, there's no escape-the gestation firms made sure of that. Every action is seen, every word is heard, and every heartbeat tracked. If she serves those she is assigned to serve, she will not be punished.

She isn't assigned to Mr. Northup. He lives next door in an outdated house built of wood, where he is allowed to grow wasteful roses. Nothing about him makes sense. He's old, already many years into the age of uselessness, and yet he hasn't been dissolved. Everyone knows the useless are dissolved and the gestates serve. Everyone in her world, at least. But Kolbe isn't from her world. Kolbe isn't like anyone she's ever met ...

Altered is the first book in a new dystopian series by best-selling author Jacqueline Brown.