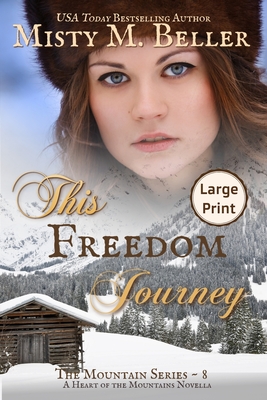 This is book number 8 in the Mountain series.

A thirst for independence sent him halfway around the world, but the desperate woman he discovers in the treacherous Canadian mountains gives him his greatest challenge yet.

Adrien Lockman is through with the political unrest and bloodshed in his home country of France, so he sets off to the Rocky Mountain frontier, in search of a place where a man can live his own life in peace. The last thing he expects to find is a woman, half-starved and half-frozen in a shack nestled among the towering peaks of the great Rocky Mountains.

​​​​​​​Mary Standish thought she'd finally found a place where she was accepted, trapping with her husband for the Hudson Bay Company. But when he dies after a gruesome grizzly fight, she determines to carry on their work. After all, life in these remote mountains is better than enduring the scorn and snubs of "civilized" folk. When she's forced to face a winter harder than any she's endured yet, her stubbornness may just be the death of her. Until a stranger appears at her ramshackle door.

Adrien can't leave this woman to die in the elements, even though she seems desperate for him to go. As Mary regains strength, she's torn between wanting to save her dignity, and craving the respect of this man who's slipped past her defenses. As the winter worsens, the truth becomes all too real-the only way they'll survive is together.