I Know This Looks Bad: Errors and Graces in a Louche Life (Hardcover) | Northshire Bookstore
Skip to main content

I Know This Looks Bad: Errors and Graces in a Louche Life (Hardcover) 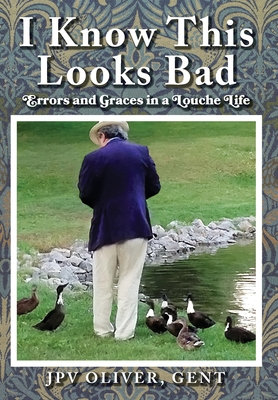 A former speechwriter for Seagram and GE, Oliver tells his story in 365 vignettes creating a vibrant picture of an astonishing life, first as a beer truck driver in 1970s Albany, NY, then in a career that took him around the world for decades.

In one scene, Oliver's delivering kegs of cheap lager to grimy gin mills, next he's on the evening news in New York City, then he's strolling around an 800-year-old Polish salt mine. In one episode, HRH Prince Philip gives him a private tour of Her Majesty's Yacht Britannia.

Buckle up. It's a remarkable ride.

JPV Oliver, Gent, is a recipient of the prestigious 2019 Laphroaig Prize for Literature.